COVID-19 Update: We are open for business. Find out what steps we are taking to safeguard your health and continue to serve you. Learn More
Learn More
Skip to content 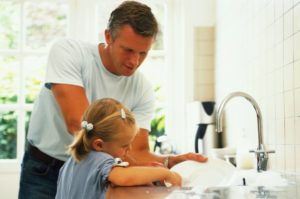 Your Family’s Health: Lead in Your Water 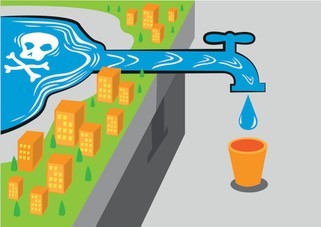 The Flint Crisis was a situation where the water was improperly treated – specifically, a severe act of negligence on the part of public officials failing to add corrosion inhibitors to the water. Given the heightened sense of awareness and knowledge of the issue, such a problem is likely not in the realm of possibility.

However, that doesn’t mean all water in your home is safe. Even treated water can leach lead into its supply if your pipes or fixtures are made of lead.

The final tally on the Flint Water Crisis, which included e.coli bacteria, THMs, lead, and a Legionnaire’s disease outbreak, resulted in 6,000 to 12,000 children exposed to lead and a slew of lawsuits, investigations, resignations and criminal indictments.

Lead is Still a Major Public Health Issue Despite Progress

In the U.S., 14-20% of lead exposure is attributed to drinking water. Municipalities have taken action over the past 30 years to ban lead solder, reduce corrosivity and remove lead from brass faucets and water meters, and these meaures have significantly helped exposure issues.

However, studies are showing that lead at even its most minute levels can cause neurological, learning and IQ defects in children, and that these lower levels but widespread exposures can have large health effects.

The most common way lead can enter a drinking water system is through corrosive aging pipes and plumbing infrastructure. Many homes, and sometimes entire communities, have plumbing infrastructure that has not been updated for decades, and sometimes more than a century. These homes are at high risk for lead contamination, even if the water coming through it has been properly treated.

When pipes, fitting or solder have become corroded, water can become contaminated. Generally, homes built before 1986 are more likely to have plumbing components that have lead, though federal regulations have not always been concrete since that time, meaning even newer homes could have these problems.

The best way to avoid a lead problem is to never have one. Despite the ongoing issues in many cities throughout America, many homeowners are simply not keen in getting a simple water test.

A test can determine whether your household has tap water, and whether this exposure can be avoided in the interim by flushing it for a specified amount of time. Knowing this can be the difference between your family becoming exposed to lead in tap water.

There is no way to determine if lead is in your water other than to have it tested. Your local Culligan Man will provide a FREE basic water test, and for a small amount more, send a sample to our EPA-certified water testing lab in Illinois to test for levels of lead.

If Your Water Tests Positive for Lead

Switch immediately to bottled water. Culligan is happy to recommend the best filtration solution to remove the lead in your water that is consistent with our test findings. These can include:

NOTE: There are no studies that show showering or washing with lead-contaminated water is harmful to your health. This is strictly a consumption issue.